was declared the national cultural sight as a unique architectural monument of the medieval settlement.
‹ › × 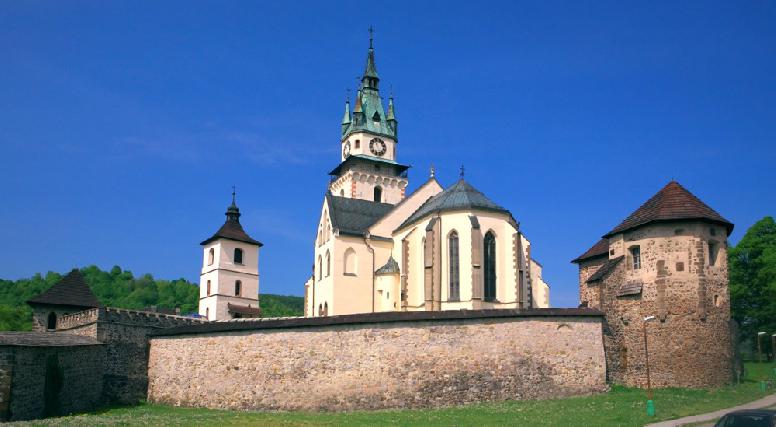 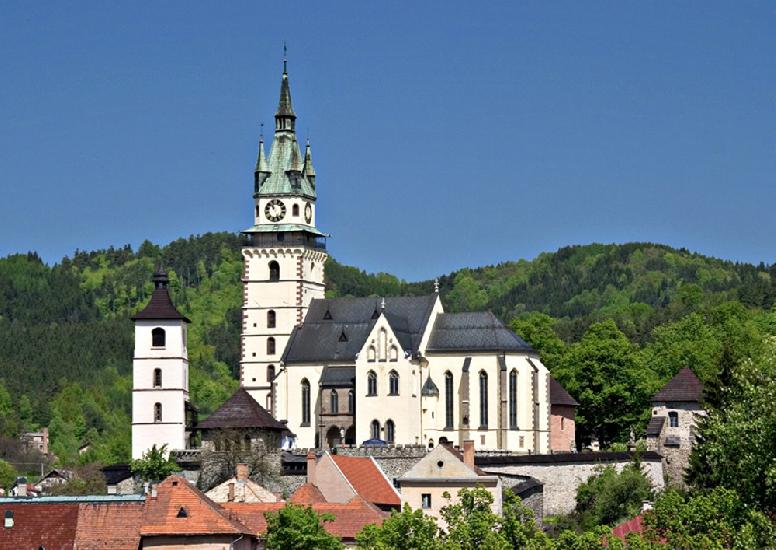 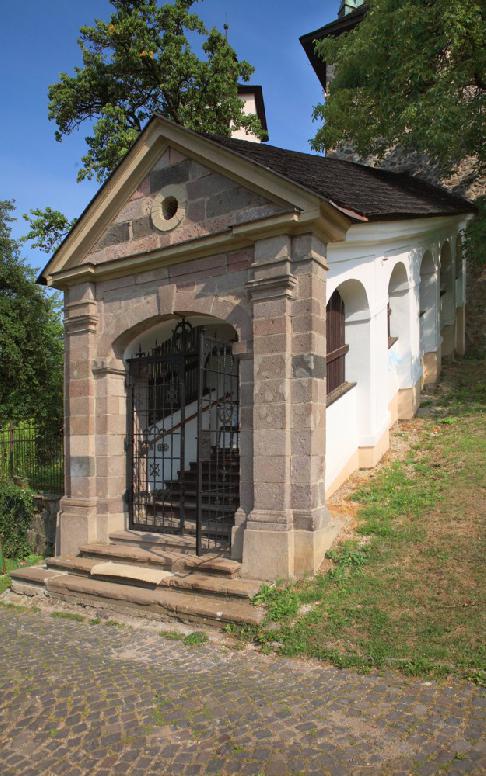 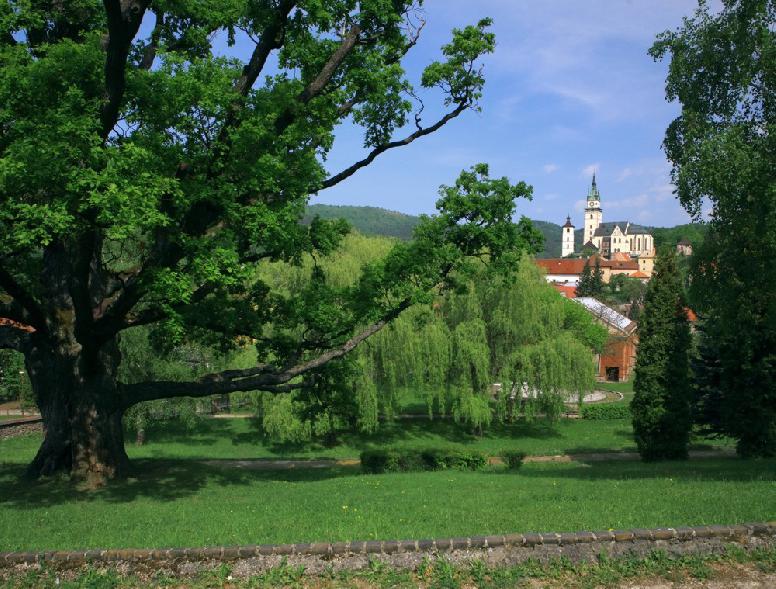 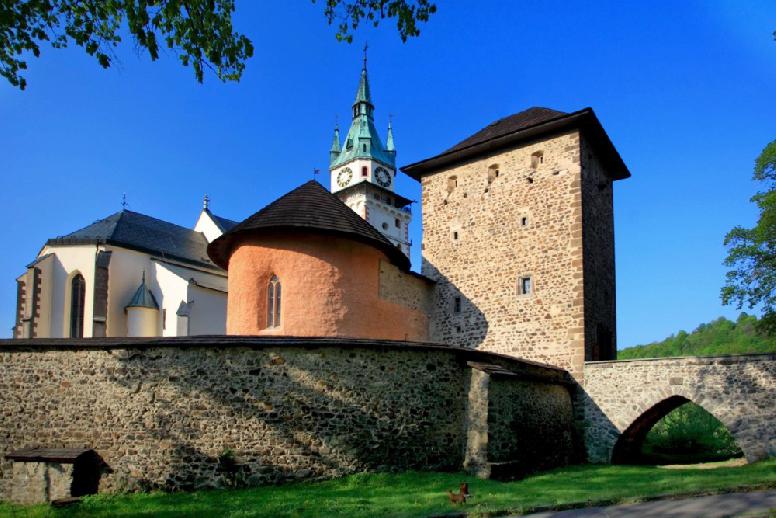 It comprises of a complex of buildings from the 14th - 15th century and is protected by the double fortifications which are linked with one of the best preserved town walls in Slovakia. Church of St. Catherine is the dominant building of the castle compound. The castle compound with its expositions is managed by the Museum of coins and medals, belonging under the National Bank of Slovakia.

Charnel-house from the mid 14th century served for two functions. Lower part of the object served as charnel-house and the upper as a chapel, which was originally dedicated to St. Michael, later to St. Andrew.

Ossuary is the oldest building of the castle compound. People were buried around the ossuary so the bones from older graves were stored inside.

The walls of the chapel are decorated with gothic paintings depicting the scenes from life of St. Erasmus. Above the door to the sacristy there is a depiction of torture, during which they are ripping out and reeling in his intestines to the winch. Above it there is the scene of his torture in the cauldron and next to it Erasmus stands in front of the king.

Northern tower from the second half of the 14th century protected the entry from the north. It has the shape of prism with Three floors and passage on the ground floor. Originally it was one floor smaller, the third was added after the fire in 1560. During this reconstruction the renaissance vaults of the passage and the first floor were made. On the outside walls of the tower there are embrasures and pitchy noses protecting the entry with the drawbridge. In the late 19th century it was replaced by the fixed wooden bridge standing there until today. On the first two floors of the tower the exposition of archaeological research of the Town castle in Kremnica and in the attic there is the exposition of the town defense.

Miners' bastion standing near the charnel-house and northern tower was originally semi-circular defense bastion. In the second half of the 15th century they added a polygon serving as presbytery of the Chapel of the birth of Virgin Mary. The burgher Langsfelder had it built around 1450. Short rectangular aisle was connected to the polygon. Its foundation were discovered during the research. It perished in the 16th century, when the building was changed back to the bastion. According to its name the miners defended it during the times of danger.

Clock tower (Türl or the Small tower) reached today's three floors in the 14th century. Its core is connected with the original fortification. On the ground floor there are vaults from the 16th century. In late 17th century another floor for bells was added, where the biggest renaissance bell Urban from 1588 was placed. In the 18th century a clock was installed on the second floor and was later moved to the tower of the church. In the Small tower there is the exposition Kremnica's bells and bell casters with the recordings of new bells.