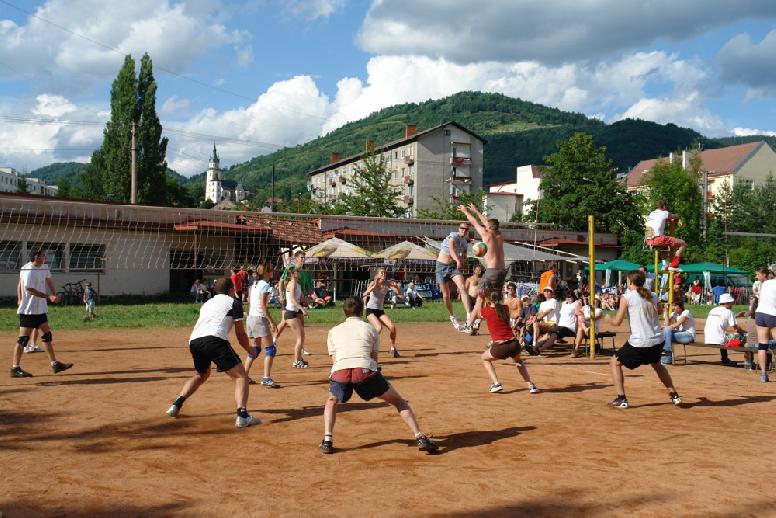 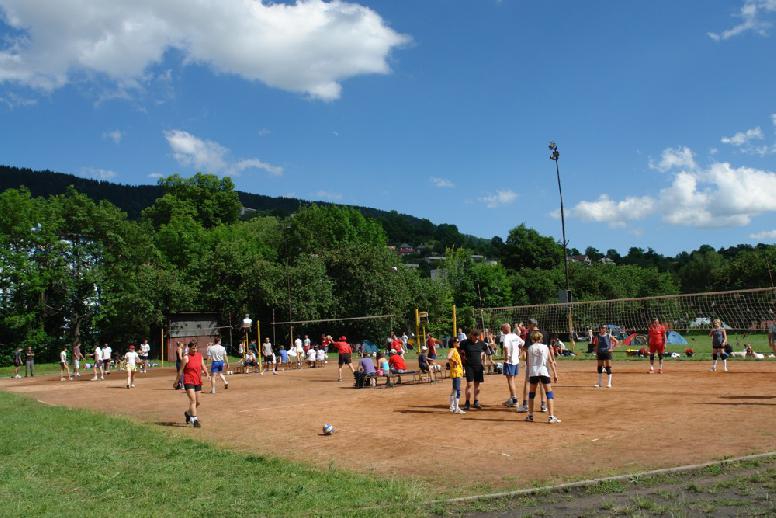 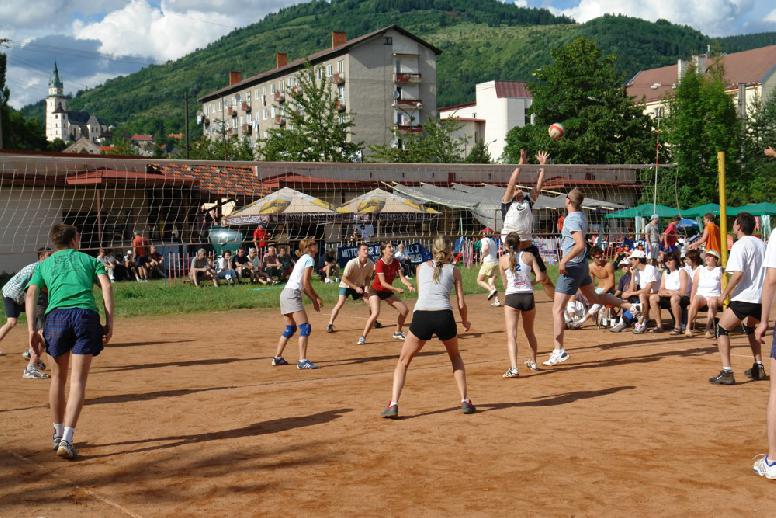 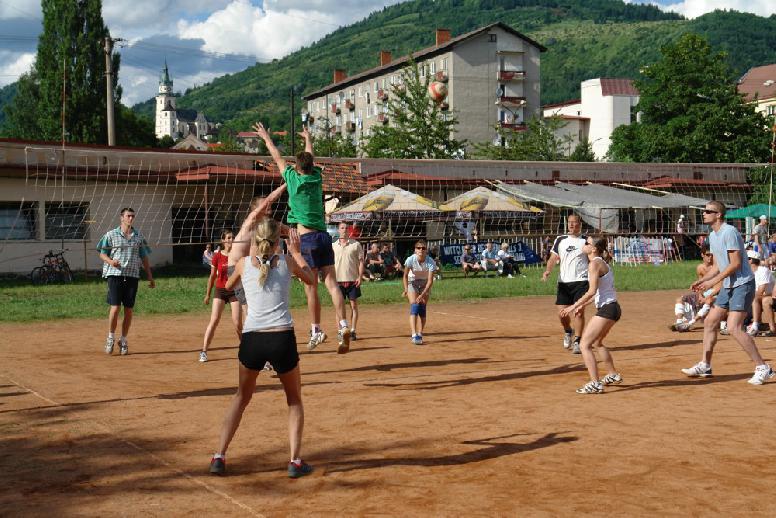 It is the volleyball tournament of mixed teams, which always takes place in June. It was originated in honor of Jozef Hruz, a member of Kremnica volleyball team, who tragically died during car accident, when was 25 years old, in 1957. The volleyball tournament of men teams was originated by his friends and team-mates. The first tournament took place on the athletic playground in Kremnica, in 1958. Eight teams participated in - volleyball players from Martin, Žilina, Detva, Kremnica, Banská Štiavnica, Liptovský Mikuláš and Ružomberok. During the first years the Kremnica members were: Ján Jasenský, Anton Tokár, Imrich Fodor, Andrej Párička, Ivan Nemečkaj, Kazimír Kvietok, Pavol Peto and Juraj Hromada, who was a member of Slávia UK Bratislava during that time. He supported the Kremnica team with some prominent players - Jozef Labuda, Roman Rjachovský, Miroslav Golian, Bohuš Golian and Pavol Vician. During the previous 50 years of the tournament organizing teams as Slávia UK Bratislava, Bielsko-Biala, Dukla Martin and other have played here. There were representants of Slovakia and also World Cup champions among them. On average, 160 of amateur and the 1st League and Extra League registered players of 20 teams participate in during the tournament.